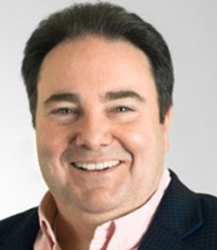 Tim Cecere, the Managing Partner, Chief Talent Officer and Director of Human Resources at GroupM, is Responsible for the people, policies, systems, training and development, rewards, recruitment, and overall direction of the talent that continues to support GroupM as the industry leader in Media and Marketing Communications.

Tim began his career at The New York Times in 1984 in the Corporate Advertising Department.  In 1987, he accepted a corporate operations role at Newsweek Magazine where he furthered his knowledge of the publishing industry.  To broaden his knowledge of the advertising industry, Tim joined Ogilvy & Mather Advertising in 1989 and ultimately became a Director in the Corporate Human Resources Department.  In 2001, Tim was a part of the founding team that formed GroupM Worldwide – the world’s largest Media Investment Management company.

Tim focuses his attention on the development of talent, culture, training and development, and the strategic positioning of GroupM in the broader Marketing and Communications community.

Tim is a musician, a competitive USTA tennis player, has been published by many traditional and digital publishers, and has been quoted in The Wall Street Journal.  He has received many awards for his professional and charitable work and has been a guest speaker at the AAF Conference, the NYC Center for Communication and many colleges and universities.

Tim is a graduate of both St. John’s University and Columbia University.