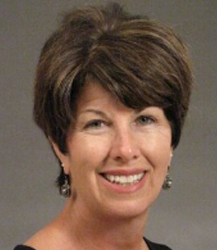 Nancy Singer, in her current role as Executive Director, Leadership Learning & Development in Human Resources at Merck & Co., Inc., initiated and co led the consolidation of multiple L&D organizations into a single entity resulting in savings exceeding $100mm annually. She formed a single global leadership development department that specializes in executive development, emerging market leadership and women in leadership. Her team has garnered multiple best-in-class industry awards. She has been published in CLO Magazine and EMFD’s Strategic Direction journal and speaks at Talent and Leadership conferences.

Nancy was one of the six trailblazing female leaders who were selected as Founding Directors responsible for building the AstraMerck pharmaceutical company from the ground up. The small team created significant market value which resulted in an early buyout of the joint venture by Merck and ultimate merger with Zeneca.

Nancy holds a BS in Pharmacy, is licensed in New Jersey and holds an MBA with a double concentration in Marketing and Finance.