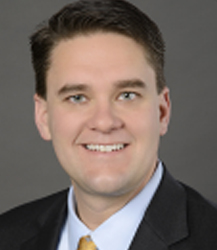 Mr. Palmer was appointed to his current role as Senior Vice President & Chief Learning Officer of AT&T in February 2016. In this role, Mr. Palmer oversees the award-winning AT&T University along with Talent Acquisition.

Previously Mr. Palmer was Vice President, AT&T University Operations Training, where he partnered with leaders in fulfilling their strategic and tactical goals of increasing productivity, increasing revenue, and meeting financial and service targets by ensuring the delivery of outstanding training.

John joined AT&T in 1999 and has held numerous leadership positions including roles in Mobility, Operations, Sales, Strategy, and Care. He holds a bachelor’s degree from Baylor University and an MBA from the University of Dallas.

John resides in Southlake, TX with his wife, Tara, and their 3 children Caroline, Elizabeth, and John.