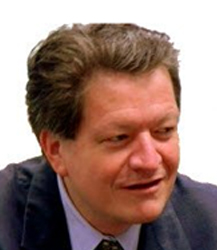 Kimo Kippen is Chief Learning Officer at Hilton Worldwide, based in McLean Virginia. Kimo was recently selected as the Chairman of the Board of Directors for the Asian & Pacific Islander American Scholarship Fund (APIASF) of which Hilton Worldwide is a founding member.

Before joining Hilton Worldwide, Kimo held progressive leadership roles at Marriott International Inc., where he was promoted to lead the Learning Center of Excellence for all of Marriott International’s 2,800 operated and franchised properties in 68 countries. In his last position there, he was responsible for the Center of Excellence for Learning. Before this, he led management engagement for the enterprise. He also has served as Vice President of human resources for Renaissance Hotels and Resorts, North America.

Kippen holds an M.S. in Career and Human Resource Development from Rochester Institute of Technology, a B.S. from the University of Hawaii, and is a graduate of the Gestalt Institute of Cleveland's Post Graduate Program.

Kippen serves as a member of the Tysons Institute task force for Tysons Partnership. He is also actively involved in the American Society for Training and Development (ASTD).